Surgery has long been the gold standard for treatment of kidney cancer. However, for small kidney cancer, surgery is not always necessary and may cause complications for some patients. 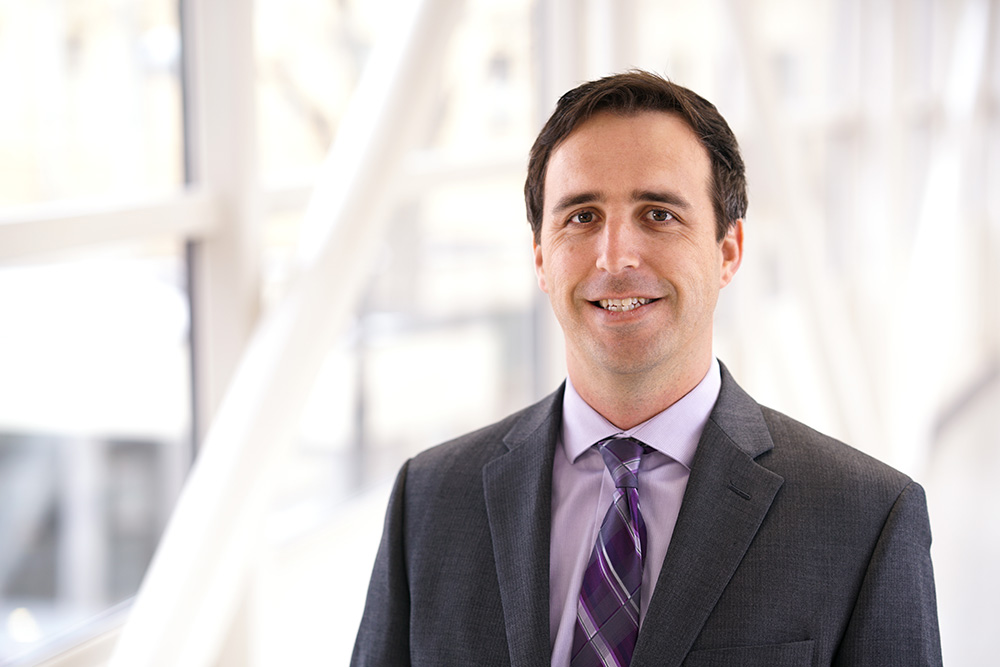 Roswell Park Comprehensive Cancer Center has been at the forefront of innovative cancer care for decades. Physicians like Eric Kauffman, MD, are among the oncologists at Roswell Park reducing overtreatment and treatment related morbidity, without compromising cancer control or survival. Dr. Kauffman is an Associate Professor of Oncology in the Department of Urology and in the Department of Cancer Genetics. Dr. Kauffman specializes in the care of patients with kidney and prostate cancers and provides expertise in both robot-assisted and open operative approaches, including partial or radical nephrectomy and radical prostatectomy.

Dr. Kauffman is a pioneer and expert in active surveillance as a primary management option for patients with low-risk kidney cancers. Active surveillance is the deferral of immediate treatment and the election to monitor the tumor initially to better determine features such as its growth rate. This approach helps physicians ascertain if treatment is necessary without missing a window for a cure.

Since his appointment at Roswell Park in 2012, Dr. Kauffman has placed 400 kidney cancer patients on active surveillance, the most of any urologist in the country. His research expands to molecular characterization of early metastatic potential in kidney and prostate cancers, including molecular marker discovery and elucidation of signaling pathways for therapeutic targeting. 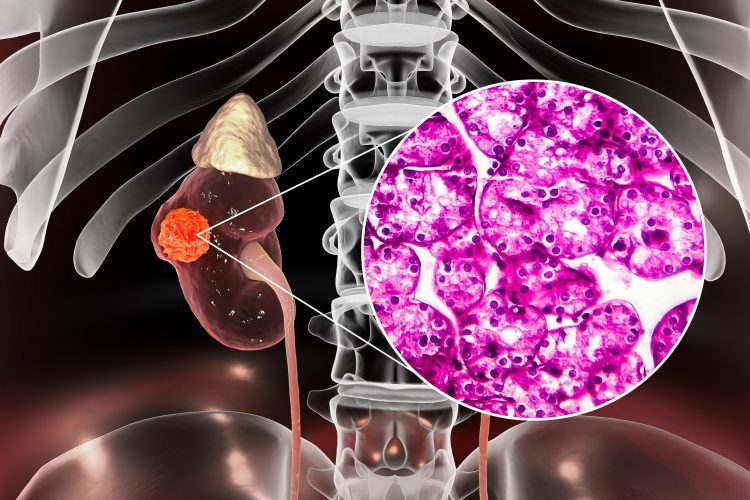 Active surveillance outcomes are compelling. For example, the chance of metastasis in organ-confined kidney cancer (less than 4 cm in diameter) is only about 1%. When the tumor is between 2.5 - 3 cm the chance of metastasis approaches 1/1,000, which is lower than the chance of having a life-threatening event during surgery. This means that when a tumor is 2.5 - 3 cm a patient is more likely to die during surgery than they are likely to have their tumor metastasize. Only 25% of patients on active surveillance at Roswell Park have ended up converting to surgical treatment.

In addition to spontaneous regression, Dr. Kauffman’s team has found that among tumors put on surveillance, one in three tumors don’t grow at all, and many tumors under 4 cm stay under 4 cm.

Roswell Park has been performing kidney cancer active surveillance for more than 10 years. During Dr. Kauffman’s tenure, he has refined his approach for active surveillance, using abdominal CT or abdominal MRI imaging every six months, with an abdominal CT scan providing more accurate size resolution than an MRI. After stable or minimal growth over two to three years, Dr. Kaufman switches patients from 6 to 12-month imaging. After stable or minimal growth for five years, patients are then switched from CT scans to an ultrasound, to avoid IV contrast and radiation. Dr. Kauffman has authored and co-authored several peer-reviewed publications, book chapters and abstracts on genitourinary oncology topics. His most recent contribution was a collaboration with an international board of 10 urologists, culminating in a book chapter that provides consensus opinions and recommendations on a variety of topics on kidney cancer active surveillance. These recommendations will be used by the International Consultation on Urologic Diseases (ICUD), which is a committee that provides recommendations to the field on a global level. Dr Kauffman hopes that with expansion of these recommendations, this approach will be better utilized and standardized so it can be adapted for different communities.

In sum, active surveillance is a safe option, allowing doctors to better determine the risk of an individual’s tumor, allowing many to avoid treatment and treatment related morbidity.

Roswell Park is the only National Cancer Institute, designated comprehensive cancer center in upsate New York. Last year, Dr. Kauffman was recognized along with 128 other physicans as the region’s top doctors across 33 subspecialities. This list recognizes physicans in particular from the areas of hematology and urology. To view a full list of Roswell Park physicans that received this award along with Dr. Kauffman, click here.

Higher doses of prophylactic gabapentin can delay, reduce or eliminate pain in patients with head and neck cancer