BUFFALO, N.Y. and ATLANTA, GA. — A targeted therapy for children with high-risk Hodgkin lymphoma (HL) was shown to significantly reduce relapse rates when tested in a large multicenter clinical trial conducted by the Children’s Oncology Group (COG) and led by pediatric oncologists at Roswell Park Comprehensive Cancer Center, Children’s Healthcare of Atlanta and Winship Cancer Institute of Emory University. By combining the targeted antibody-drug conjugate (ADC) brentuximab vedotin (BV) with the standard chemotherapy regimen, children were 10% less likely to relapse. The findings were published in the New England Journal of Medicine (NEJM).*

“We saw a 10% improvement in event-free survival — a real breakthrough,” says study senior author Kara Kelly, MD, Chair of the Roswell Park Oishei Children’s Cancer and Blood Disorders Program, Waldemar J. Kaminski Endowed Chair of Pediatrics at Roswell Park and also Division Chief of Hematology/Oncology in the Department of Pediatrics at the Jacobs School of Medicine and Biomedical Sciences at the University at Buffalo. “That’s quite a big gain, especially in this field. We expect that this treatment regimen will soon become standard of care for pediatric patients with high-risk Hodgkin lymphoma.” 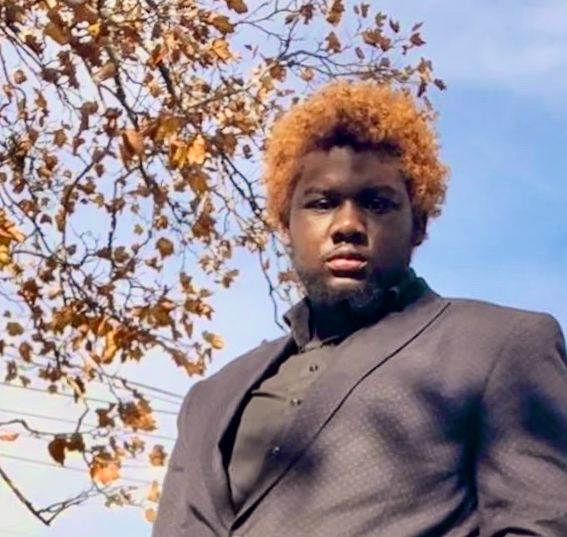 Jordan Parker of Buffalo was treated as part of a study led by Dr. Kara Kelly of a new treatment combination for children and adolescents with a high-risk form of Hodgkin lymphoma

The clinical trial, AHOD1331 (NCT02166463), was funded by the National Cancer Institute (NCI) of the National Institutes of Health and conducted at 153 COG sites. The study was also supported by Seagen, formerly known as Seattle Genetics, and the St. Baldrick’s Foundation. The study was sponsored by the Division of Cancer Treatment and Diagnosis, NCI, and the brentuximab vedotin was provided by Seagen under a Cooperative Research and Development Agreement with NCI.

“This trial reflects a paradigm shift for advanced-stage Hodgkin lymphoma in children, and an introduction of the first targeted approach for initial therapy in pediatric Hodgkin lymphoma and the first new regimen in two decades,” says study first author Sharon Castellino, MD, MSc, Director of the Leukemia and Lymphoma Program at the Aflac Cancer and Blood Disorders Center of Children’s Healthcare of Atlanta, Professor of Pediatrics at Emory University School of Medicine, and a research member at Winship Cancer Institute of Emory University. Dr. Castellino succeeded Dr. Kelly this year as COG Hodgkin Committee Chair. “We are optimistic that this trial will set the stage for FDA approval of this targeted antibody drug conjugate for children and adolescents.”

Study Vice Chair and Co-Author Frank Keller, MD, Pediatric Hematologist/Oncologist at the Aflac Cancer and Blood Disorders Center of Children’s Healthcare of Atlanta and Professor of Pediatrics at Emory University School of Medicine, adds: “The demonstration of the effectiveness of a highly targeted treatment directed against the malignant cell population in newly diagnosed pediatric and young adult patients with high-risk Hodgkin lymphoma is a significant step forward toward improving cure rates and may do so without adding significant long-term toxicity for this young population with many years of life remaining.”

HL is the most common cancer in patients 12-29 years old. Although it has a high five-year survival rate — 97% of those under 19 are alive five years after diagnosis — about one-third of survivors are classified as high risk; of those, approximately 15-20% will relapse.

Patients were randomized to one of two arms, both arms receiving treatment over five 21-day cycles. Those in the control group received the standard pediatric chemotherapy regimen.

The second group received the standard pediatric chemotherapy regimen, plus brentuximab vedotin. Brentuximab vedotin (BV) is an antibody-drug conjugate that specifically targets the CD30 protein on the surface of HL cancer cells, destroying them while mostly sparing healthy cells.

Both groups received site radiation therapy based on responses assessed after two cycles of treatment.

Follow-up at about three and a half years after treatment showed 92.1% event free survival in the brentuximab vedotin group, compared with 82.5% for the control group — an overall risk reduction of 59% of relapse, death or a second malignant neoplasm.

“Brentuximab vedotin is not anticipated to have long-term toxicity,” says Dr. Kelly, noting that during the treatment phase of the clinical trial, less than 10% of patients who received it needed a dose reduction. “Because the drug could be given more consistently, its efficacy improved with no increase in neuropathy or serious infection.”

Dr. Kelly, Dr. Castellino and colleagues will build on these findings in a new clinical trial set to open in early 2023 with support from the National Cancer Institute. The phase 3 randomized study will enroll approximately 1,900 children and adults ages 5-60 with medium- and low-risk HL. The goal: to determine whether the combination of the the CD30 targeted ADC brentuximab vedotin and immunotherapy agent nivolumab can prolong progression-free survival and further reduce patients’ exposure to standard chemotherapy and radiation. Patients will be followed for 12 years to monitor their progress and gauge the results.

Allison Brashear, MD, Vice President for Health Sciences at the University at Buffalo and Dean of the Jacobs School of Medicine and Biomedical Sciences, says results of the study “mean a greatly improved quality of life for the most vulnerable and courageous patients — children with cancer.

“As one of the largest demonstrations of a successful immuno-oncologic approach in children with cancer,” Dr. Brashear notes, “it is a powerful example of what happens when extraordinary institutions decide that collaboration is key to their success.”

Lucky Jain, MD, MBA, Pediatrician-in-Chief for Children’s Healthcare of Atlanta, and Chair of the Department of Pediatrics for Emory University School of Medicine, says, “A 10 percent reduction in relapse among children with high-risk Hodgkin lymphoma is a significant milestone for the field of pediatric cancer. Children’s Healthcare of Atlanta and Emory University are proud of this incredible leap forward led by our physicians, Dr. Sharon Castellino and Dr. Frank Keller, along with their collaborators and the Children’s Oncology Group.”

About Roswell Park
Roswell Park Comprehensive Cancer Center is a community united by the drive to eliminate cancer’s grip on humanity by unlocking its secrets through personalized approaches and unleashing the healing power of hope. Founded by Dr. Roswell Park in 1898, it is the only National Cancer Institute-designated comprehensive cancer center in Upstate New York. Learn more at www.roswellpark.org, or contact us at 1-800-ROSWELL (1-800-767-9355) or ASKRoswell@RoswellPark.org.

About Children's Healthcare of Atlanta
As the only freestanding pediatric healthcare system in Georgia, Children’s Healthcare of Atlanta is the trusted leader in caring for kids. The not-for-profit organization’s mission is to make kids better today and healthier tomorrow through more than 60 pediatric specialties and programs, top healthcare professionals, and leading research and technology. Children’s is one of the largest pediatric clinical care providers in the country, managing more than one million patient visits annually at three hospitals, Marcus Autism Center, the Center for Advanced Pediatrics, urgent care centers and neighborhood locations. Consistently ranked among the top children’s hospitals by U.S. News & World Report, Children’s Healthcare of Atlanta has impacted the lives of kids in Georgia, across the United States and around the world for more than 100 years thanks to generous support from the community.

About the Jacobs School of Medicine and Biomedical Sciences at UB
The Jacobs School of Medicine and Biomedical Sciences at the University at Buffalo is proud of its legacy advancing the best in medical education, clinical care and scientific discovery. Today, the Jacobs School is at the center of Buffalo’s comprehensive academic health center. With UB’s other four health sciences schools and its School of Social Work, the Jacobs School prepares tomorrow’s health leaders at both the lab bench and the bedside to benefit the health and wellness of the people of Western New York, New York State and the world. Founded in 1846, the school provides care for the region’s diverse population through strong clinical partnerships and its practice plan, UBMD Physicians’ Group. UB is a premier, research-intensive public university, and it is a flagship institution of the State University of New York. UB is a member of the Association of American Universities, which is composed of America's leading research universities.

About The Children’s Oncology Group (COG)
COG (childrensoncologygroup.org), a member of the NCI National Clinical Trials Network (NCTN), is the world’s largest organization devoted exclusively to childhood and adolescent cancer research. COG unites over 10,000 experts in childhood cancer at more than 200 leading children’s hospitals, universities, and cancer centers across North America, Australia, and New Zealand in the fight against childhood cancer. Today, more than 90% of the 16,000 children and adolescents diagnosed with cancer each year in the United States are cared for at COG member institutions. Research performed by COG institutions over the past 50 years has transformed childhood cancer from a virtually incurable disease to one with a combined 5-year survival rate of 80%. COG’s mission is to improve the cure rate and outcomes for all children with cancer.